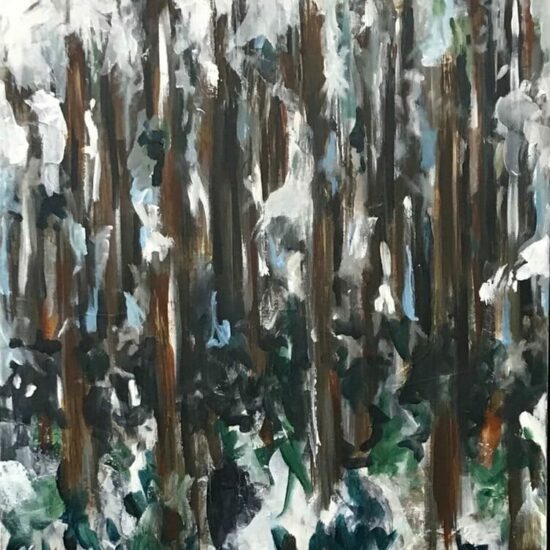 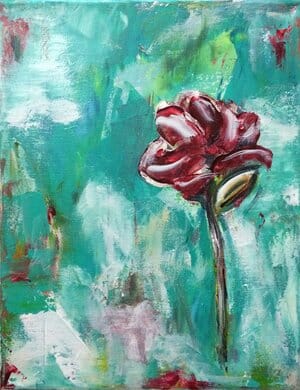 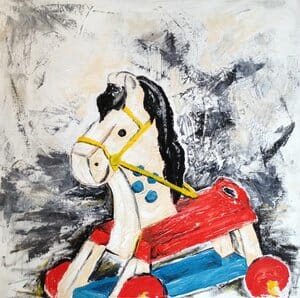 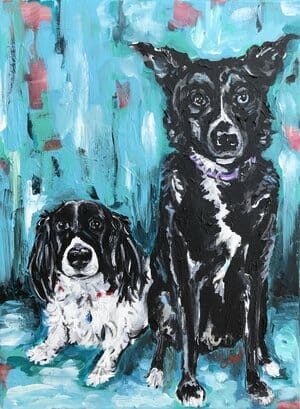 Christine Cabral is an artist and a teacher of art. She holds a BFA degree from Valdosta State University and an MFA from Florida State University, with an emphasis on mixed media and installation.
Although her earlier works were largely three dimensional, her current focus is acrylic paint on canvas. She occasionally incorporates mixed media fabrics and vinyls into her paintings as well.
Christine’s studio is in Valdosta, Georgia where she lives with her husband and two young children.

Christine Cabral has spent her lifetime making art for exhibition and for sale.  She had an intense interest and talent for art at a young age, but her work took a personal and permanent turn upon losing her mother in 1997.

During a time of mourning her humorous and lighthearted style became dark and murky.  Eventually, the natural evolution of grief and emotion transformed her expression. The imagery once again became childlike and innocent, yet touched by the heartache of grief and separation.

Christine is driven by the notion that the desire to connect and revisit one’s childhood is universal.  The red chair imagery that she frequently uses is symbolic of her own childhood memories as well as the loneliness and void created when one loses a parent.  The bridge to one’s past is irreparably damaged, and certain memories are lost forever.

This concept carries over into her abstract pieces as well. Christine will bring the canvas to the point of full saturation, to a moment of clarity, where the truth and meaning is dangling and exposed.  Then begins the process of veiling and masking in bright whites or foggy taupes, representing that disconnect and longing to relive something that is gone forever- a glimpse into the untouchable.

Christine also follows this process in her commission works, using the inspiration for each piece to build layers of color and texture that are later deconstructed and masked. That intimate moment when a piece is at its height, is forever sealed between artist and canvas-a suspended moment in time.

Christine lives and works in South Georgia with her husband and two young children, who frequently make an appearance in her studio.  She finds new inspiration in her children and the beauty of coming full circle-once a child, now a mother.